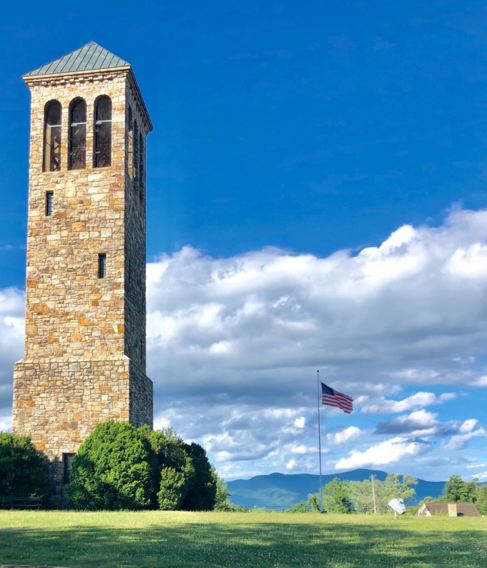 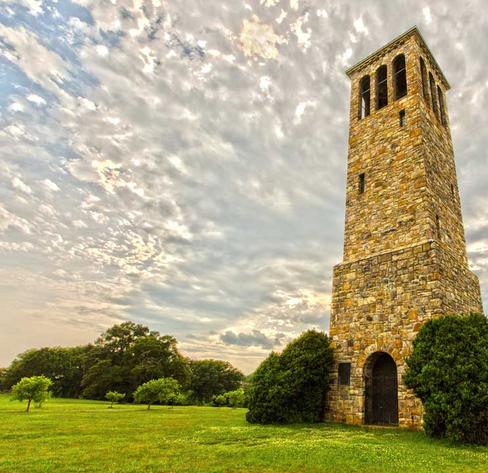 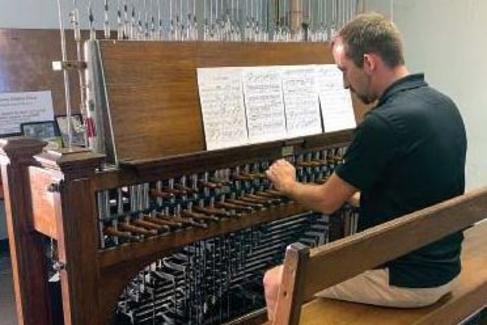 The Luray Singing Tower, officially known as the Belle Brown Northcott Memorial, contains a carillon of 47 cast bells. With an endowment to provide for its maintenance and for recitals in perpetuity, it was a gift to the town of Luray by the late Col. T. C. Northcott and his daughter, Mrs. Katherine Northcott Graves, in memory of Col. Northcott's wife, Belle Brown Northcott. It was dedicated in 1937.

By definition, a carillon is a musical instrument consisting of at least 23 tuned bells arranged in chromatic series and played from a keyboard permitting control of expression. Luray’s carillon was made by the Taylor Bellfoundry of Loughborough, England, which traces its history back to AD 1360. After being cast, the bells are tuned by precisely grinding their interior surface on a large lathe. A carillon bell’s sound integrates five pitches - the fundamental, the hum tone an octave below, the minor third, the fifth, and the octave. This characteristic minor third gives the carillon a unique voice of richness and beauty.


Quick facts about the Luray Carillon:

North America has about 180 carillons, many owned by churches or colleges and universities. Relatively few are like Luray's, in free standing towers (called campaniles) surrounded by public park land. To learn more about carillons, visit these websites:

The Guild of Carillonneurs in North America: www.gcna.org